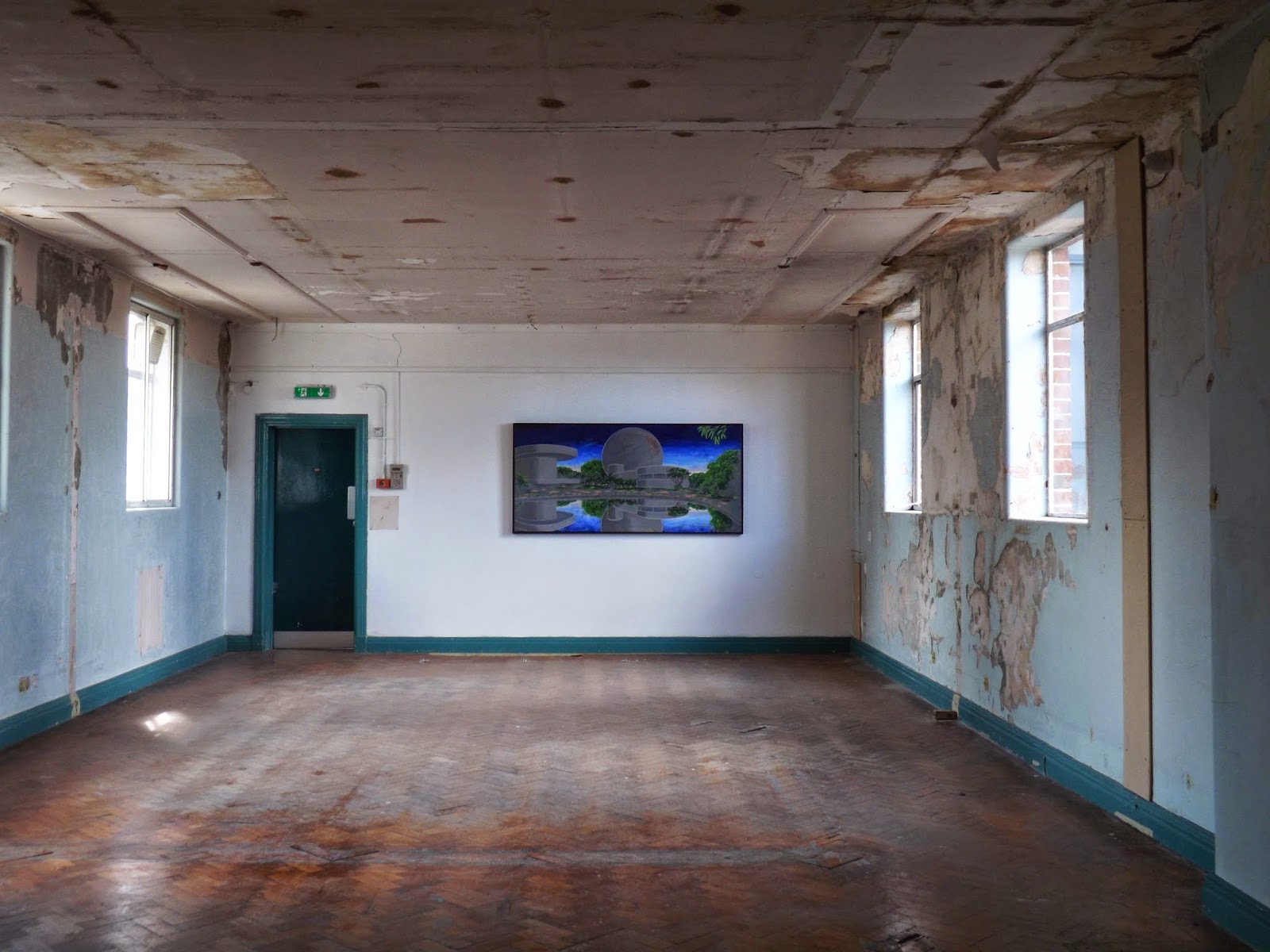 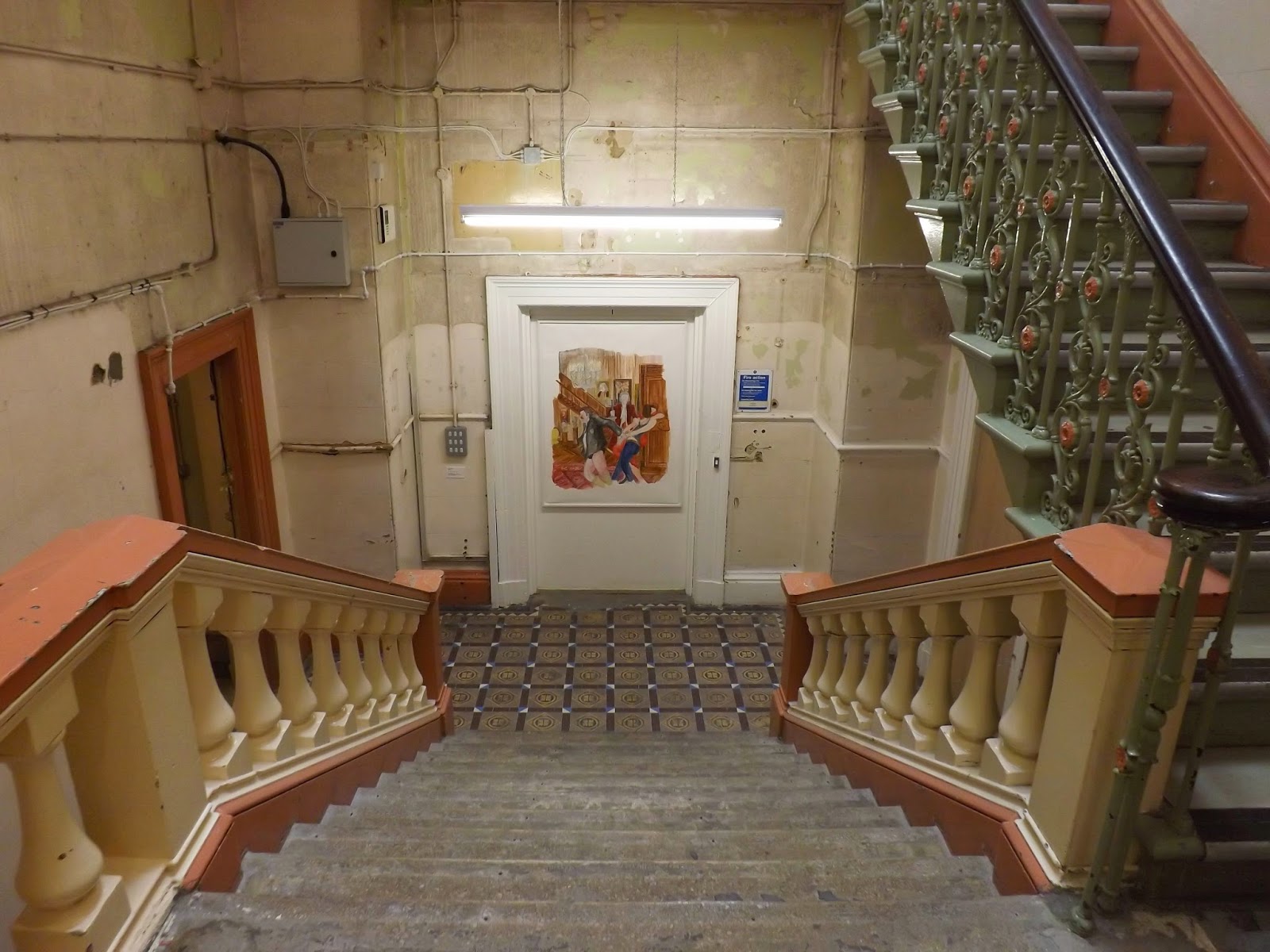 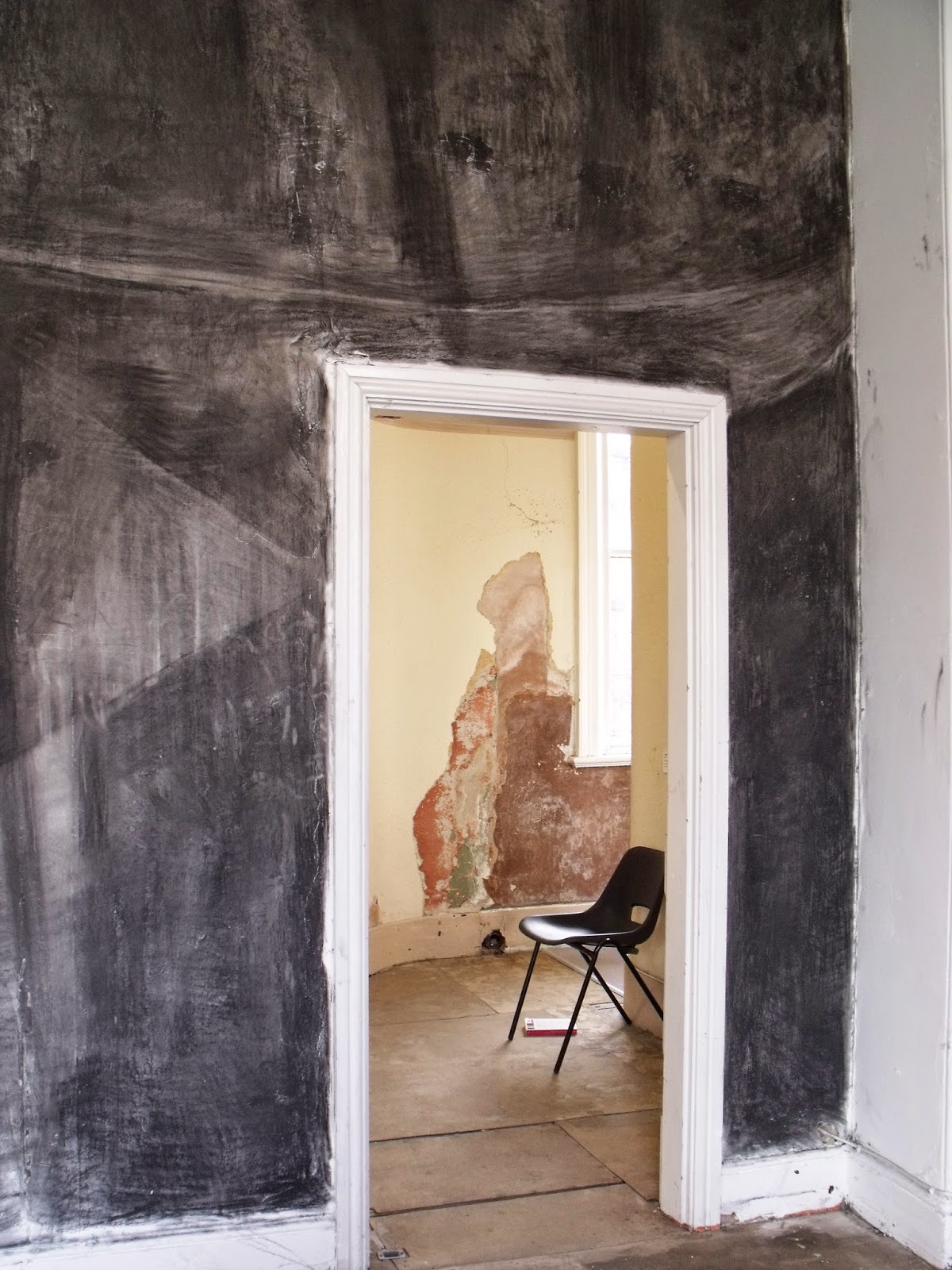 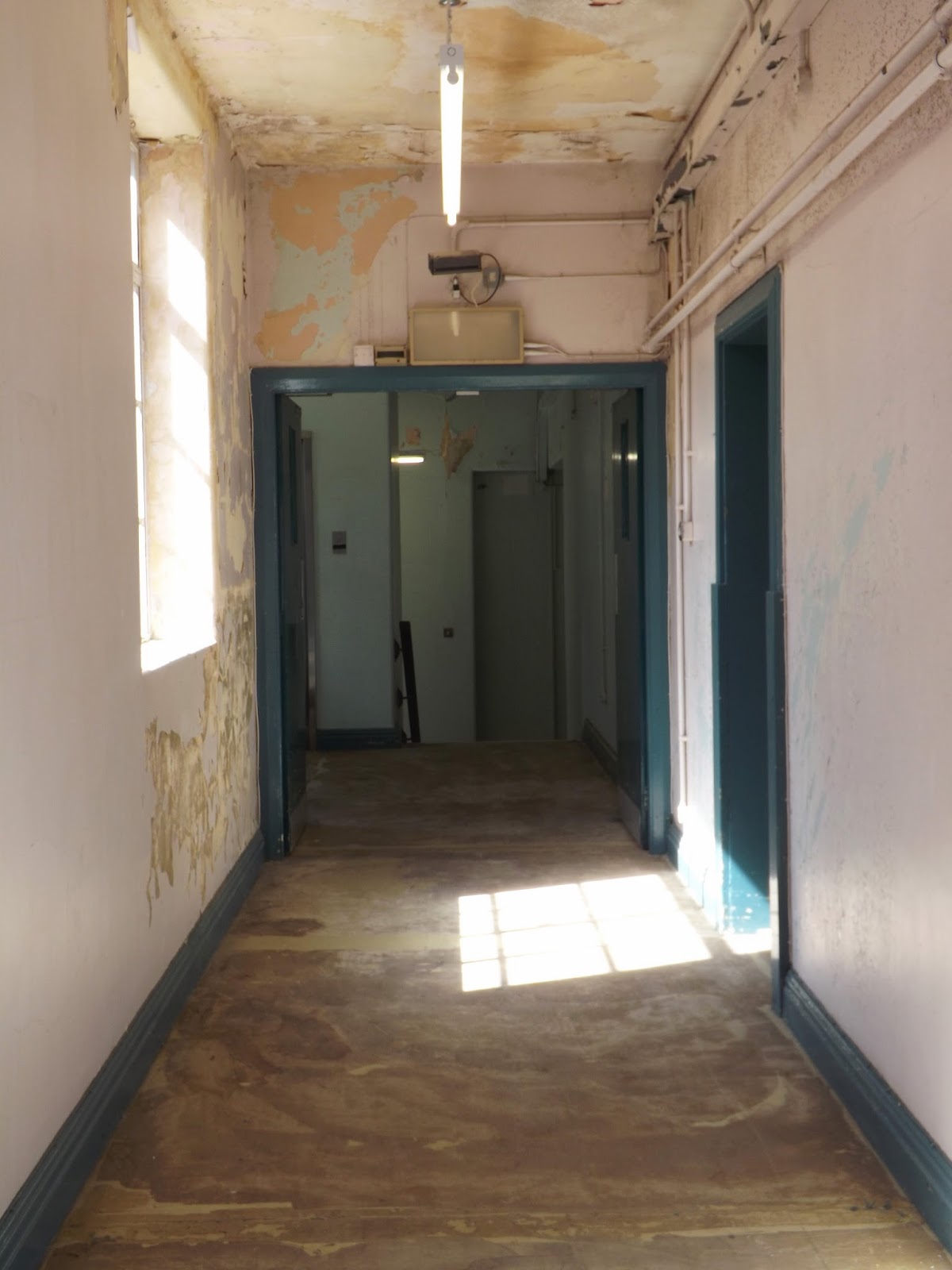 A Needle Walks into a Haystack.
Posted by Unknown at 06:50 No comments:

What do we do when we reach a point where a decision has to be made?
Or if their are too many choices?
What holds people back is the fear of making the wrong choice.
What we seek is not advice, but validation that the choice we make will be the correct one. 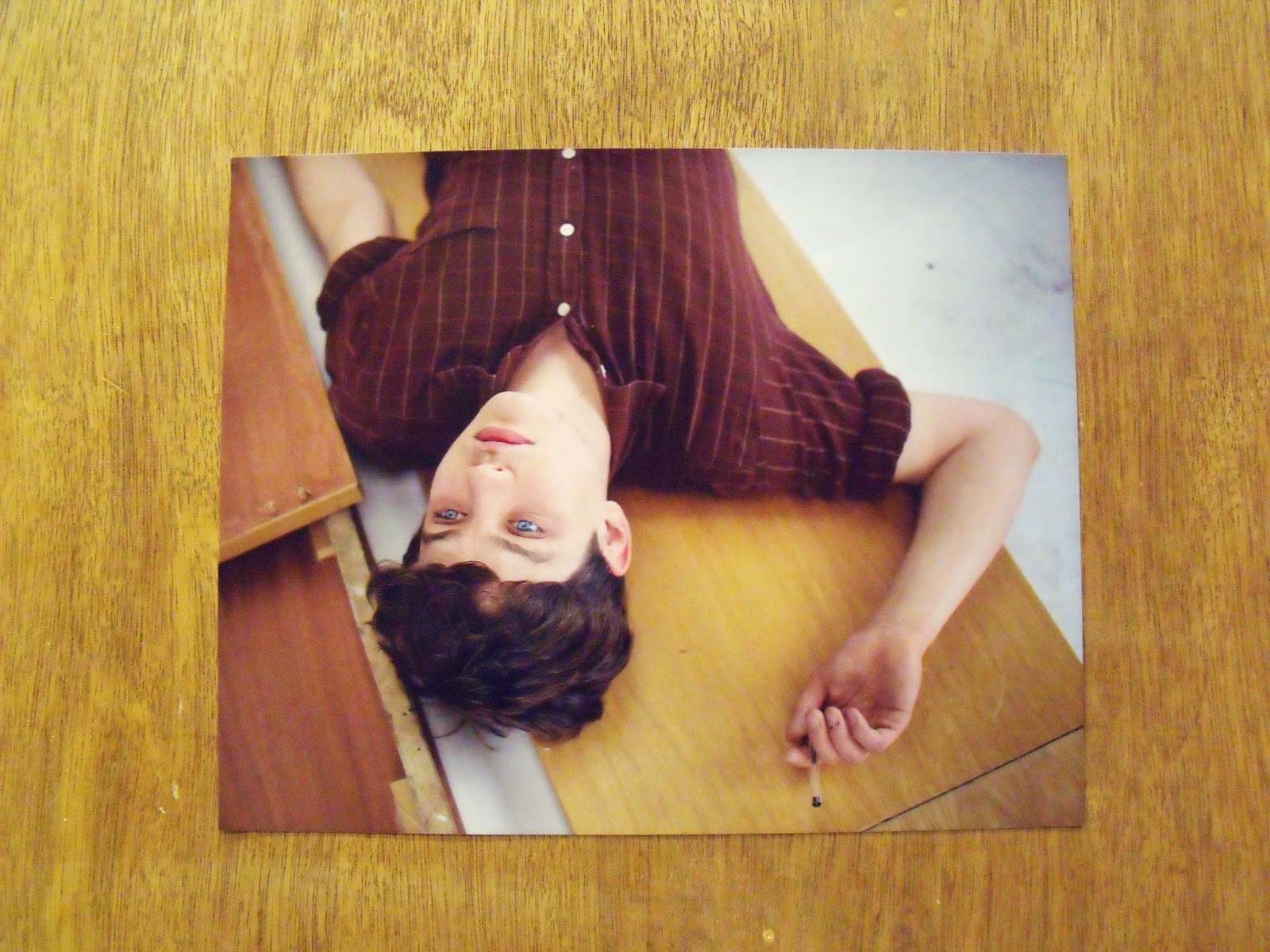 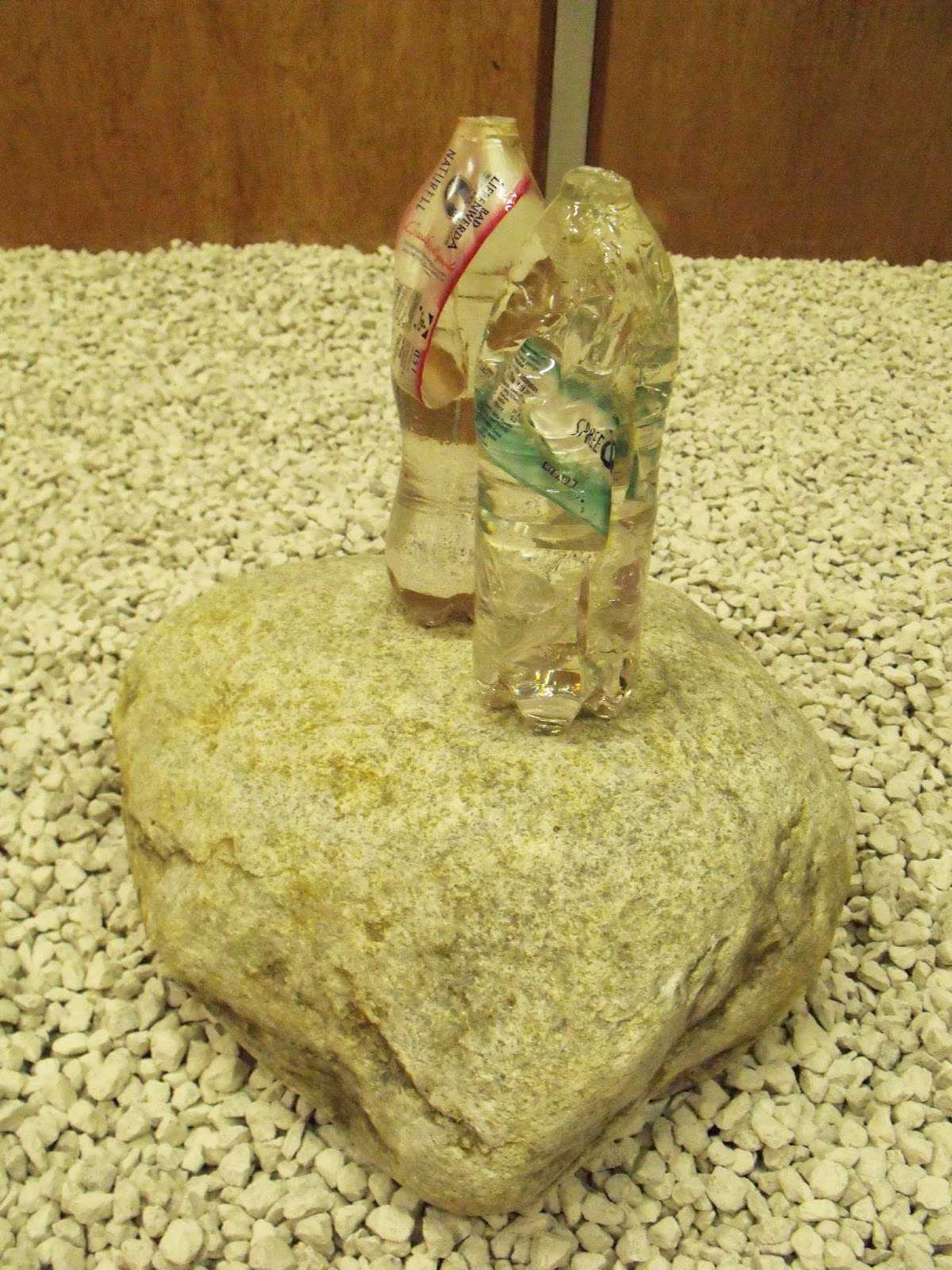 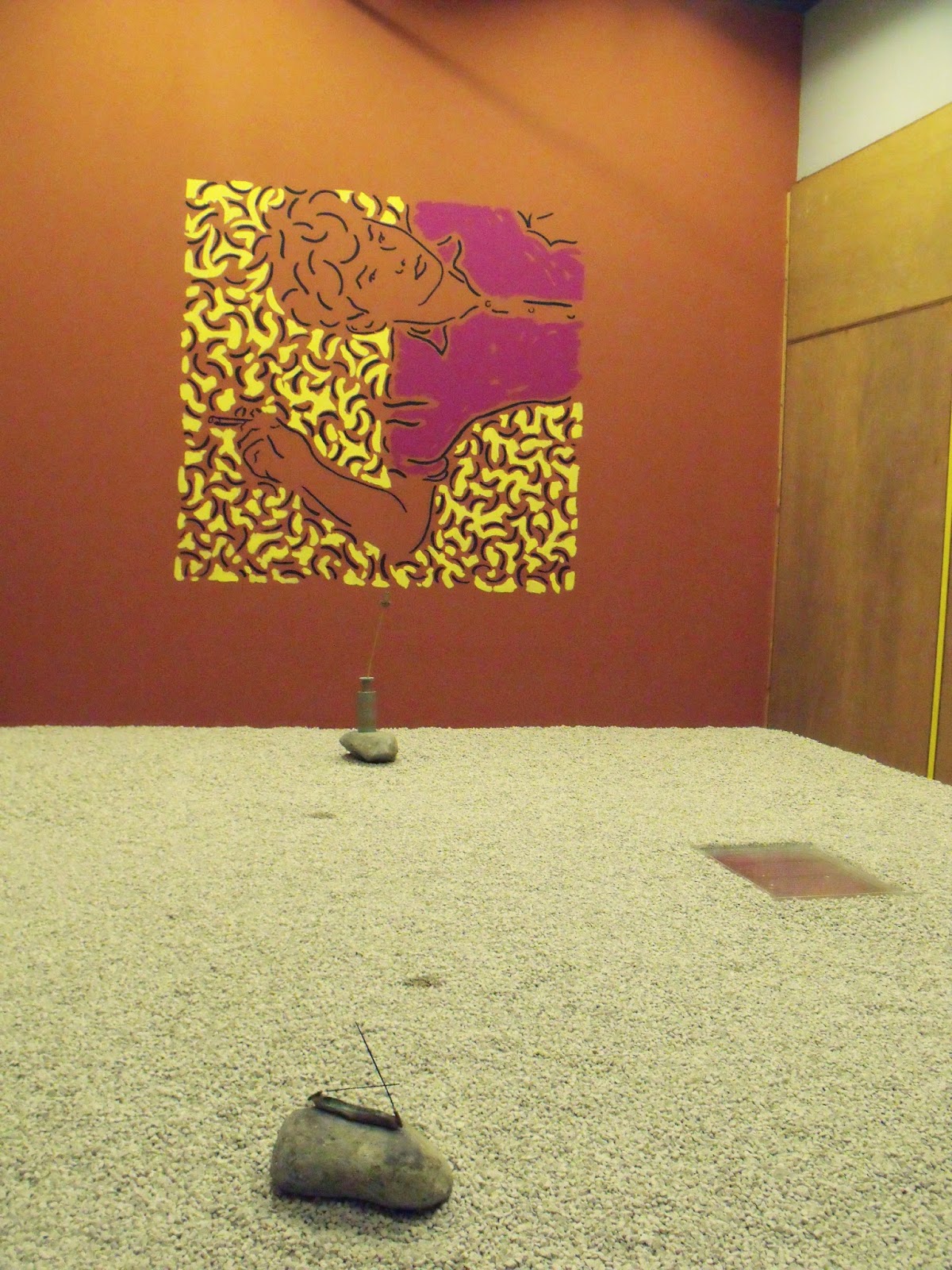 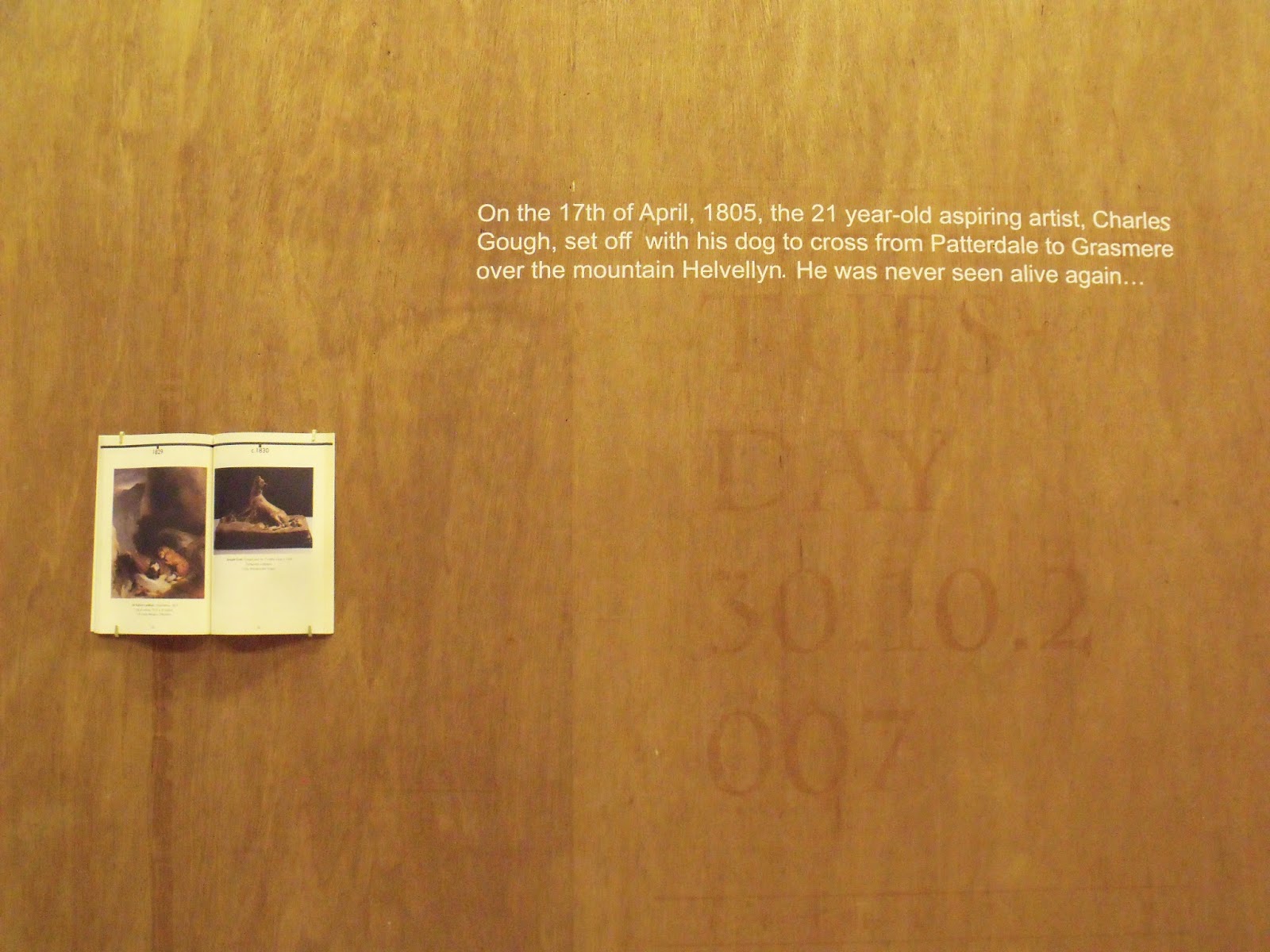 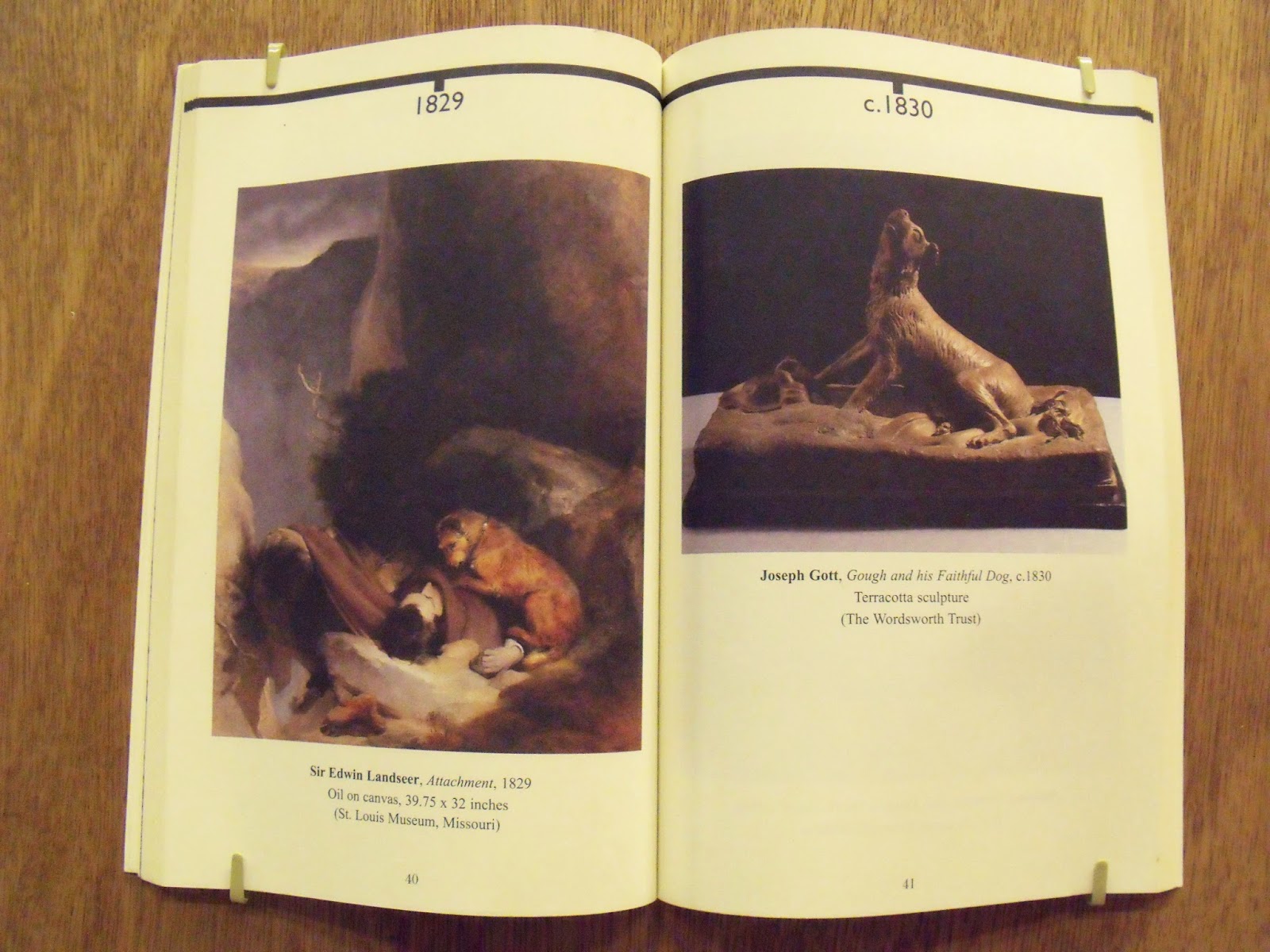 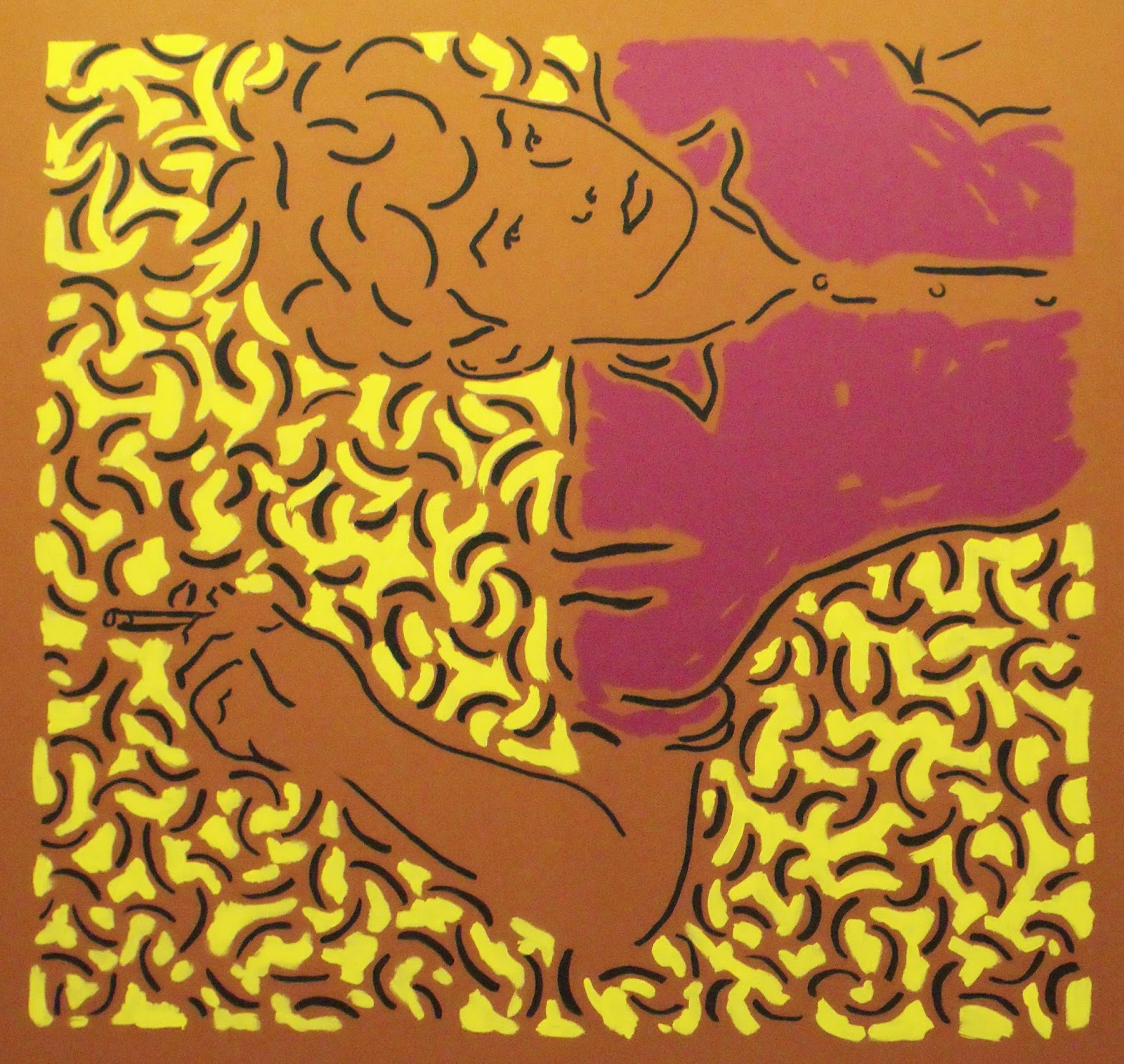 (Above) Images from the last show at Eastside Projects before the summer interval. Pleasure, Devotion, Balance is a zen garden of sorts created by members of the curatorial group, m-e-x-i-c-o. A space for reflection. The a crunch of gravel underfoot and the sound of a child falling in to a contemplation pool.
Posted by Unknown at 02:31 No comments:


It was by chance that I came across a review of Cornelia Parker's installation - 30 Pieces of Silver - a commissioned piece for Ikon Gallery, Birmingham in 1988-1989. It is now been shown (in part) at Ikon once again as part of As Exciting As We Can Make It: Ikon in the 1980's exhibition which is part of it's 50th anniversary celebrations.

Parker famously hired a steam roller to compress 1,000 pieces of silver objects - or plated objects - in a decorous performance that turned objects of commemoration and social status in to objects stripped of their initial function, like in many pieces of work by Parker, the objects are given new meaning.

Here described as 'A simulacrum for a gallery; a product and celebration of surplus' apparently tainted by it's own elegance. Silver is a precious metal, a treasure formed in to objects of material worth. The success in this piece is the loss of potentiality within the object when it is transformed 'If Parker had used real silver made into objects of beauty, the statement would have been more robust and the performance a reality.' Think of KLF burning 1 million pounds, if this had been fake money would it of had the same impact? I think not.

The resurrection of the flattened objects is in their display, a silver lining. Thirty pools of delicately poised configurations make up the full scale version of this work. Changing perceived cultural values, traces alluding to betrayal and status as the viewer looked down upon the hovering remains. 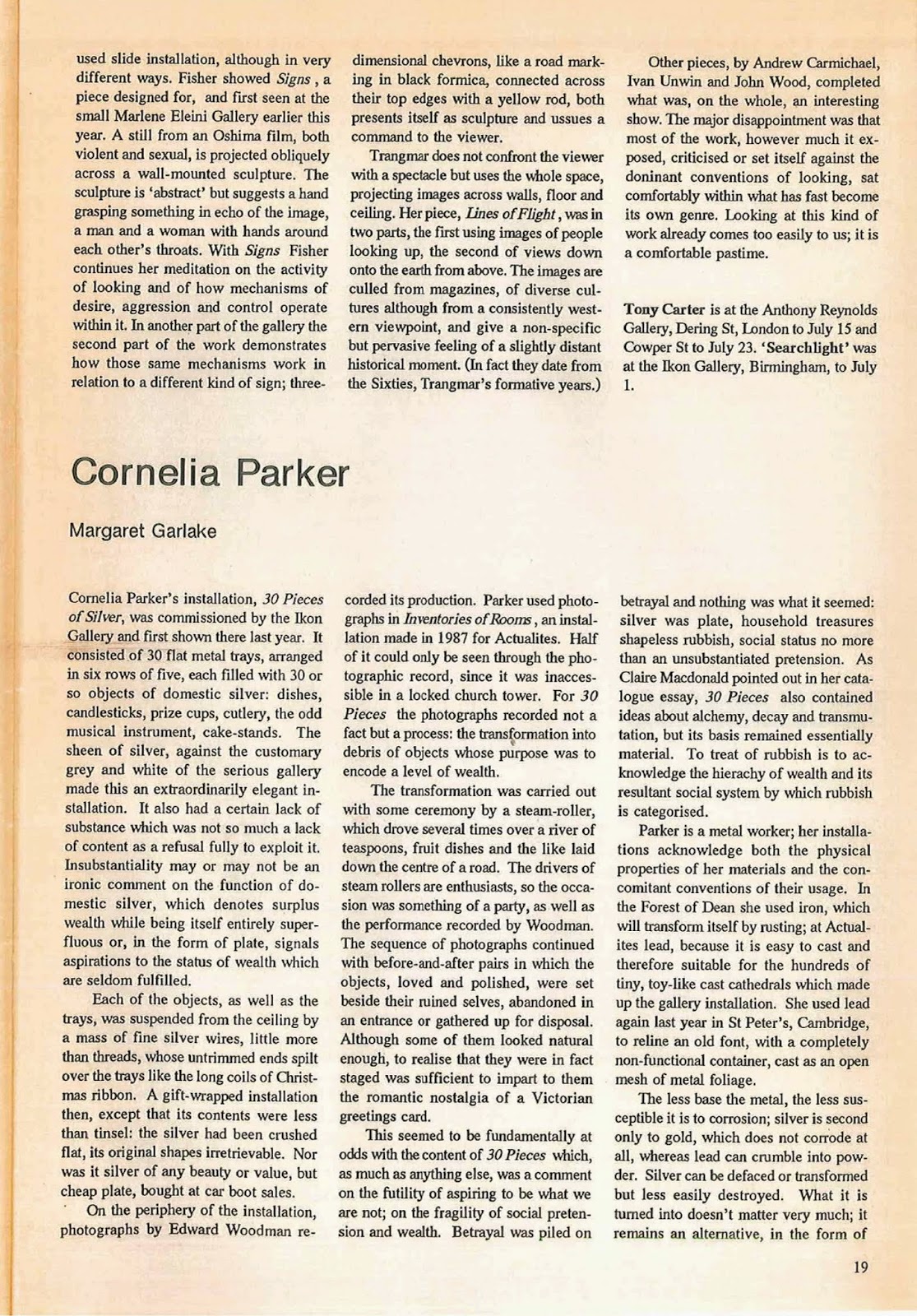 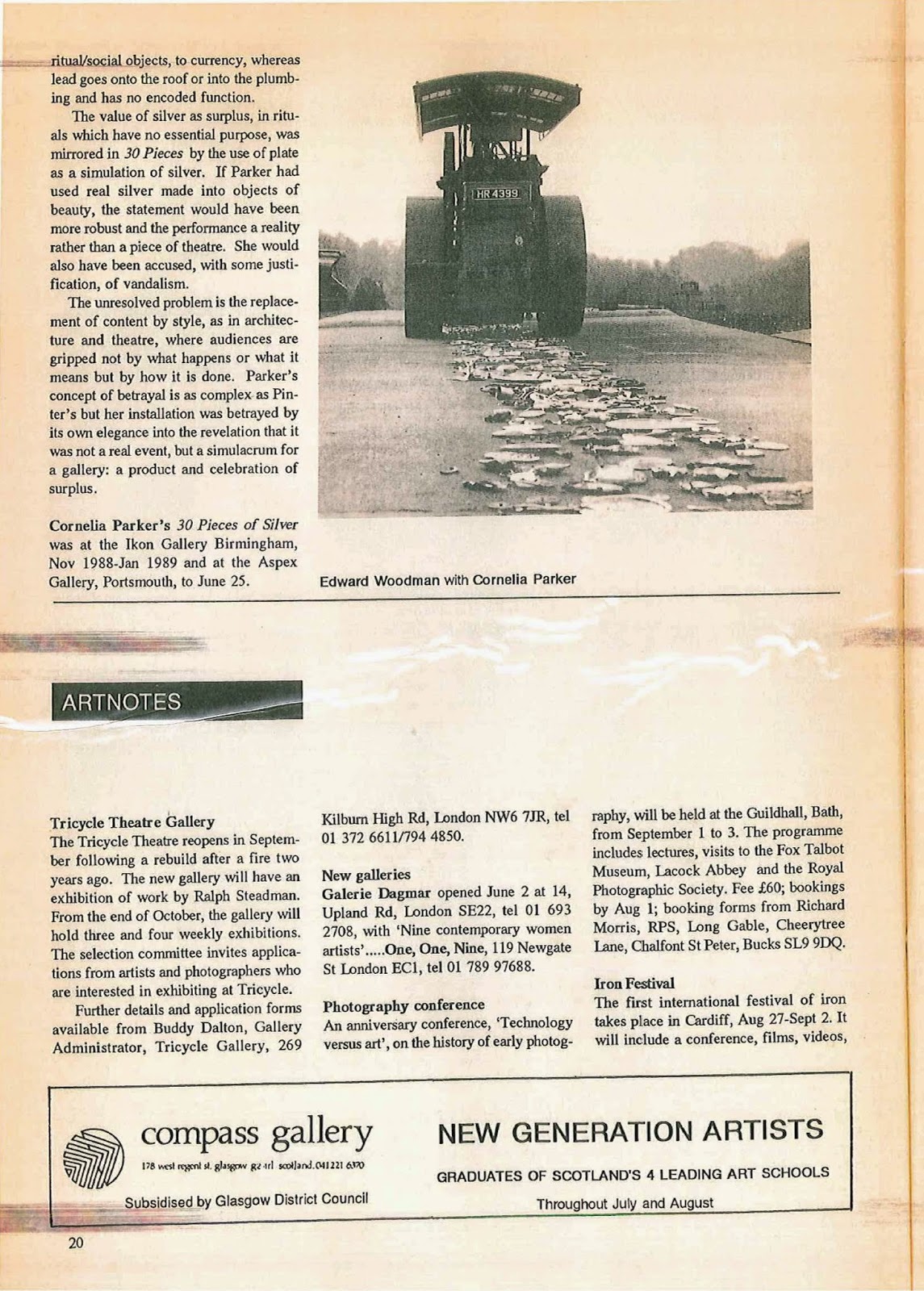 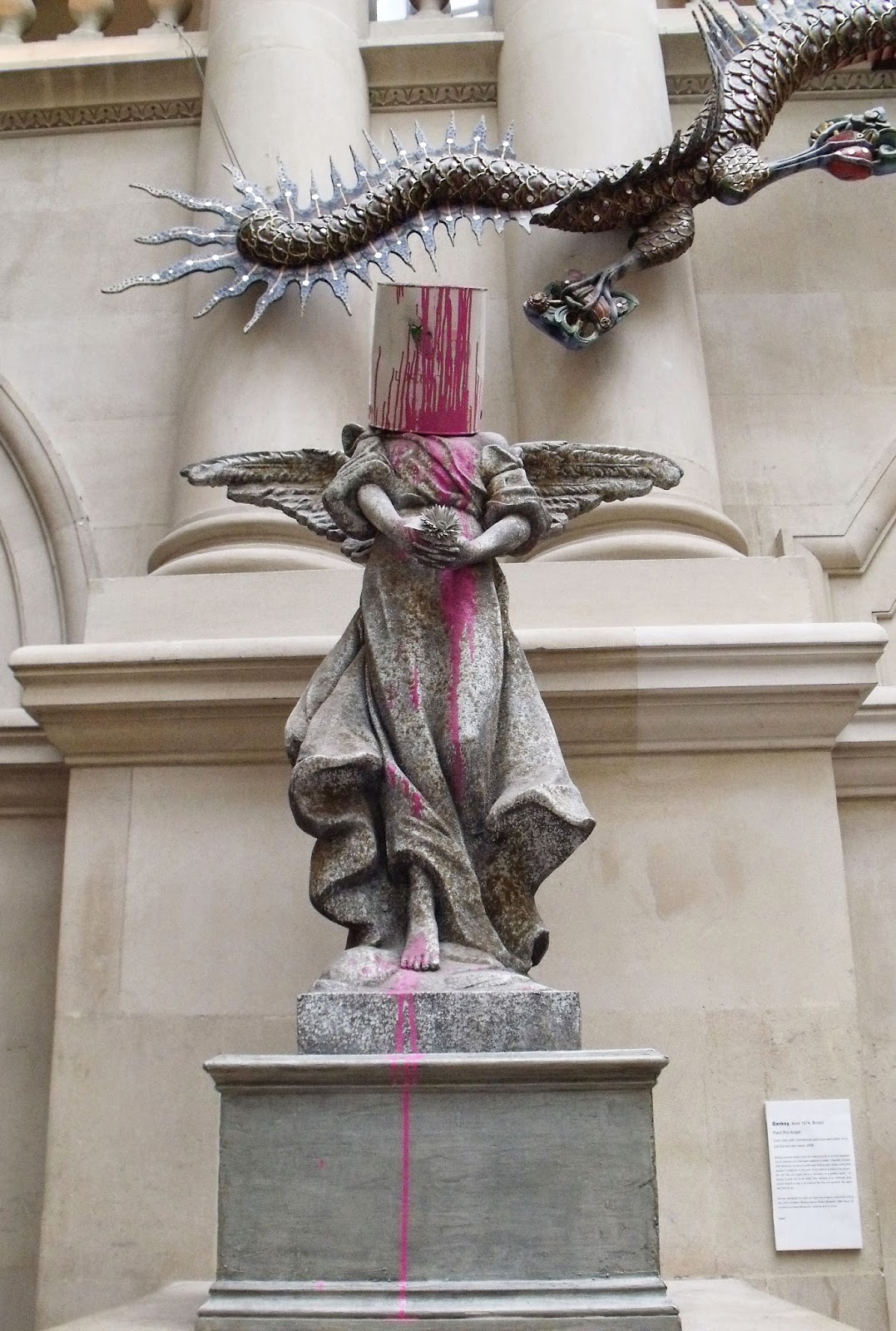 Influenced by English history, heritage and folklore, English Magic is an exhibition that connects directly with people, time and place. Uniting painting, photography, video and objects to tell tales of British society. Riding off the successful reception at the Venice Biennale in 2013, English Magic is now on tour across the UK and is currently in Bristol until September.

The film English Magic introduces the exhibition. A Hen Harrier comes in to land. In super slow motion the birds' majestic grace is exemplified reaching out with its powerful talons; watchers cannot help but feel respect for its potential and nobility. Two of these extremely rare birds were allegedly shot down by members of the royal family over hunting grounds in 2007.
The film moves on to a scrap yard, a mechanical claw crane hovers over its auto mobile victims. Uncoincidentally, the claw selects a Range Rover as its target, satisfyingly piercing the windows with a shattering grip. Revenge is sweet, and a recurring theme within Dellers work.
From the Bristol Museum and Art Gallery collection a set of taxidermy birds of prey are set high up around the darkened room.  Illuminated by spotlights they gaze down at the viewer in accusation and satisfaction.

This film demonstrates the two sides of English Magic, the 'good' and the 'bad'. It moves on to document Sacrilege (2012) a life sized inflatable model of Stonehenge, a public art work playing with history and British identity. The steel pan soundtrack coupled with people leaping across 'Stonehenge', caught in moments of mystical levitation, demonstrates a lighter side of English Magic through the celebration of people.

Connecting music and politics, Deller fluctuates between celebration and social injustice. The exhibition presents documentation of David Bowie in concert as Ziggy Stardust in 1972 alongside images of IRA bombings, civil rights movements and social demonstrations that occurred in the same year. These are marked on a map of the UK, opening up a crossing between experience and myth, reality and escapism. A reminder that culture manifests in all aspects of life, even in times of difficulty.

This show also exemplifies how elements of British society run in parallel and in contradiction to each other. Social and collaborative experiences that approach English Magic from all directions even in agreement and disagreement with each other. In a time when 'British Identity' is being questioned, this show considers how the notion of 'Englishness' has changed over time and allows the viewer to reflect on events of the past and impart their own values and beliefs. 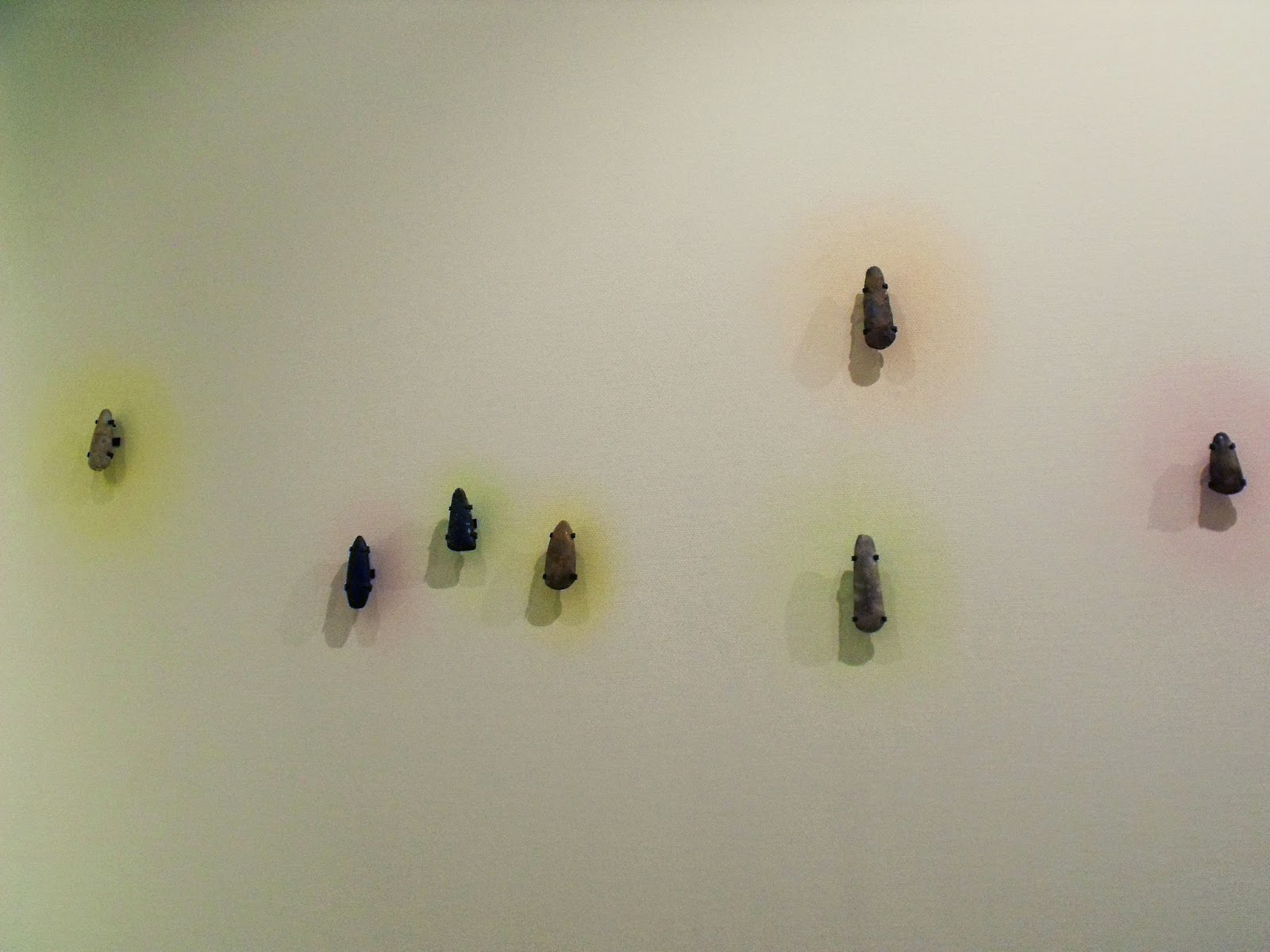